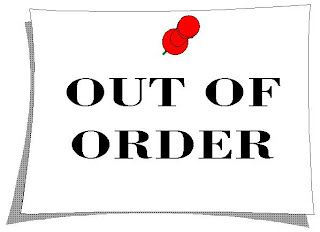 What will the future for the Swedish Armed Forces look like? Well, a lot depends on the success of the current international operations that Sweden has taken or takes part in.

The Air Force has recently pulled out of Libya. The military part of the operation has been a success. Gadaffi is dead an the rebels are in control of most of Libya. However there are a lot of weapons that has not been accounted for. There is a huge risk for a civil war in Libya if the National Transitional Counsil does not take control of the country and disarm the rebel forces. The "Arab Spring" has resulted in the removal of tyrants, but can very well result in the installation of new ones. In Tunisia the islamic party Ennahda has won the election. Hopefully it will not enforce religious laws on the population. In Egypt there are still riots on the streets even after Mubarak was forced to resign. And these were the "peaceful" rebellions. What will happen with Libya?

In Afghanistan the future looks very unclear. ISAF will pull out in 2014. The Swedish troops in Mazar-i Sharif will start to pull out during 2012. This is a decision by the Swedish government supported by he Social Democrats and the Green party. 150 soldiers will leave during 2012 and in May/April 2014 the unit will leave the country. During 2012, three of the provinces will be transferred to ANSF control. The Swedish helicopter unit will stay. Unclear for how long. They have today two HKP 10 Super Puma and will after 2013 replace them with HKP 16 Blackhawk. After 2014 about 200 Swedish personnel will be in the country training Afghan units. But who will ensure their safety? If the security situation in Afghanistan will not be good enough in 2014 I seriously doubt that any Swede will stay in he country. Unfortunately the violence has increased in he northern provinces. If this is due to increased activity in the south and a change of operations in the north is hard to tell.

If the result of these Peace Enforcing missions will be countries left in chaos, then I believe that the Swedish government will change its policy and return to Peace Keeping missions.

But what do the Swedish politicians have to say about the future?

In a recent article in the Swedish paper "Svenska Dagbladet", Peter Hultquist (Socialdemocrat) and chairman of the Defence board of the Swedish national assembly (Riksdagens försvarsutskott) said that the opposition will not see Sweden lead another EU Battlegroup in the future. He also criticize the new logistical organisation and most of all the professional soldier system that last year replaced the conscript system. He stress the importance of supporting the Swedish military industry and in the near future the new A26 submarine.

I agree on the need to cancel Swedish involvement into EU Battlegroups. There is no future in building up the EU military capability as an alternative to NATO. The only countries that realy want this are those outside of NATO, such as Sweden and Finland. The other can not afford even a NATO-membership, even less extra cost for an alternative force structure. If Sweden want to take part in Rapid Reaction Units, then it should be NATO QRF. The Sedish Air Force squadrons are very adapted to this, which clearly the Unified Protector campaign showed. The Gripen Aircraft has NATO IFF, Link 16 and Have Quick radio. The pilots are trained in NATO-tactics and the staff units are used to NATO ATO - Air Task Orders.

I also agree on the need to investigate alternate solutions to the professional army. The recruitment basis for officers and soldiers will be too small. I also fear that the Swedish civilian population will have less understanding of what the Armed Forces are used for. My suggestion is to return to the conscript system, but have a three month training, much like the three month "boot camp", GMU - "Grundläggande Militär Utbildning"/Basic Military Training that is used today. Volunteers can the go on with the rest of the training to become soldiers, NCO:s or officers.

The development of the A26 submarine is also good in order to keep the knowledge of submarines development at Kockums. However Kockums is no longer a Swedish company, but owned by German ThyssenKrupp Marine Systems. To say that Swedish military industrial knowledge is preserved is not accurate. The socialdemocrat politicians has also historically has a close connection to the industry. In some cases this has resulted in just developing military material rather than developing military capability.

Well, what is the governmental response on the Socialdemocrat critique?

Ceciilia Wennerström and Hans Wallmark of the Moderat-party response by saying that future Battlegroups will be pulled from regular army and air force units. They also say that the reason that the air force unit could be sent to Libya was due to tha fact that it was part of the Nordic Battlegroup NBG11 in standby alert. They also focus on the need to support EU military capability.

Well, what to say?

There is a big discrepancy. In the same article they say that the reason to why Sweden succeeded in sending the Air Force unit to Libya was because it was on high alert, but also that in 2014 any unit could be sent abroad without being specifically put on high alert.

Both statements are wrong!

The Swedish Air Force has always been on high alert and taking part in around the clock Combat Patrols over Sweden as part of the Swedish QRA - Quick Readiness Alert. The only difference today is hat the squadrons are trained in NATO-tactics and that the aircraft are NATO-compatible. That the Air Force can respond quickly without being part of a Battlegroup is shown by the change of the uit down in Libya when F17 Wing (that was part of NBG11) was replaced during the summer by F21 Wing that was on ordinary Air Force alert.

To say that any unit could be send abroad as is after 2014 is also not correct. There are no Swedish units that look exactly as needed for international missions. It must be put together specifically. And then it is also a need to train the unit for the mission in order for them to up and running. As best individual platoons or even maybe companies can be sent as is. The rest including civilian doctors, nurses etc has to be recruited. The army units hat are planned to be sent to Afghanistan know exactly what they are preparing for and can be sent for pre-deployment training about half a year in advance. But to say that all units will have this capability at the same ime will never be possible. It is too costly for the Armed Forces. It all depends on the level of training they have received to say that they are on high alert. In the Air Force there are four combat squadrons. One will be on alert. One will be on rest after an alert period. One will perform basic training of new personnel and one will be preparing to be on high alert the next period.

This kind of articles are unfortunately only propaganda. The Swedish minister of defence has not earned his nick-name "Baghdad Bob" for nothing. He and his followers has not changed their opinion even though a lot of officers are complaining that the planned future for the Armed Forces has not received a balanced budget. To have a complete Armed Forces in alert cost a lot of money. Professional soldiers are more expensive than setting up units for international missions when needed.

The focus on EU is also catastrophic. Sweden is today in need of an international ally. EU will never be this ally. The only available ally is NATO. Do Sweden want to continue in this direction which will sooner or later result in he need to join NATO?

The problem with both the Socialdemocrat and the Moderat defence polisy is hat the budget is too small to handle all ideas. The Moderat future will end in that the Armed Forces will strive to keep their personnel due to lack of training and lack of money to pay decent wages to the professional soldiers and NCO. The Socialdemorat future will end in that the Armed Forces can not rain due to much of the economy is lost to "sponsor" the Swedish military industry.

It is fortunate for the Moderate party that I agree on their economical politics that has steered Sweden clear from the economical disasters that has affected the rest of Europe, because I do not agree on much of the current military politics! Unfortunately the Socialdemocrat ideas are not much better financed. And since the rest of their politics is not financed as well I will stay away from voting on them.